Why the Neofascists Are Winning the Argument Against the Neoliberals

The new, extra wingnutty right wing of the Republican Party is set to take over the House of Representatives.  Which is, perhaps, especially alarming, because, as the name implies, it is the more representative of the two houses of Congress, for sure.  (In the other one, Wyoming gets the same number of votes as New York.) 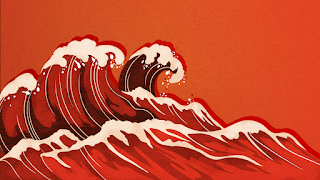 Democrats, and many of those supporting them as the lesser evil, will wring their hands in disbelief at the fact that so many people can vote for people who are clearly in denial of basic realities.  They will be overwhelmed with sadness to think that so many of their fellow Americans support these candidates that they see as obviously bigoted in so many ways.

While I also think most Republican politicians are terrifying, the main reason they're able to do as well as they're doing is because they have rhetorically outflanked the Democrats to the left.

There are of course many other reasons for elections to go different ways, depending on external factors that may or may not have anything to do with the government in power or those vying for power.  Even if the drastic rise in prices of food, fuel, mortgages, and rent were not all caused by the current administration, it's the one in power when these things are causing such havoc, and one version or another of this is playing out in countries around the world, all at the same time.

But now perhaps more than ever, in this age when algorithms, disinformation, and anti-social media feeds have long ago replaced any kind of independent analysis for most people, the victory of the Trumpists and their brethren in places like Italy and India represents a victory for neofascist rhetoric.

For centuries, those seeking to rule the world have been well aware of the popularity of concepts like fraternity, equality, and liberty.  When competent social democrats or various other types of governments are in power and able to provide some semblance of a society that seems to value these concepts, they tend to do well.

But when the people running the show give lip service to these sorts of notions, while actually, in the view of many, they're serving the interests of a faceless elite or a foreign power?  Then their commitment to these sorts of socialist values rings hollow, and people are much more open to other kinds of thinking.  Traditionally, what neofascists or National Socialists seek to do is to create a narrative that embraces the popular socialist ideals (whether or not they're embraced under such a term as "socialist"), with the intent of using any rhetorical or electoral advantage they may achieve to attempt to strengthen their grip on the various reins of state.

How have the wingnuts achieved the rhetorical high ground, in the view of so many people?  Basically, by embracing longstanding leftwing tropes, that all generally have a lot more than a grain of truth to them.  Some examples:

Rigged elections.  While it is no doubt the case that the Republicans going on about the 2020 election being rigged are talking a whole lot of nonsense, when you get down to the actual specifics, pause for a moment to consider the meta situation here.  Details aside, you have one group of people saying an election was rigged, and another group saying it was "free and fair."

Do you think our elections are free and fair, my fellow Americans?  With most of the Congress being rich people, does the system seem fair to you?  Have you not been hearing about Political Action Committees and their corrupt influence for several decades?  Have your friends not been campaigning to repeal the Citizens United decision for many years now?  Details aside, who wins this rhetorical argument being "rigged" and "free and fair"?

The government is run by an out-of-touch elite.  This is a statement of the obvious for most people in the US, and it used to be a statement that rang socialist.  These days you're more likely to hear it from a Trumpeter.  This is obviously made even more ridiculous given that Trump is very rich.  But it remains the case that the average Democrat in Congress is worth a bit more than the average Republican, and the ranks of the Biden, Obama, and Clinton administrations were chock full of Ivy League graduates.

From the vantage point of rhetorical power, however, it's not so important that the Republicans be able to defend themselves against the out-of-touch elite characterization.  They need only wait for the Democrats to stuff their feet down their own throats as they attempt to defend their lack of elite status by pointing to the diversity of gender, race, and sexual orientation of their politicians, skirting around the class issues, and appearing like an out-of-touch elite in the process.

The government represents special interests.  This is true, obviously, and is an idea that has been propagated for very good reason by progressives for centuries.  Whether the government generally is acting on behalf of a few big property owners or a whole lot of tenant farmers has, for example, been a contentious issue for most of the existence of Europeans and their descendants in North America.  Most people tend to see it's pretty obvious government is usually on the side of the rich.

The government is lying to us and keeping big secrets from us.  There's no doubt that administrations run by both parties have been engaging in lots of surveillance of people and infiltration and disruption of progressive groups as well as occasionally rightwing networks, running programs like Cointelpro, for a long, long time.  It's not just the left that has known about this.  Lots of people are suspicious of these sorts of secret police activities.

So Trump, in his brilliance, took boxes and boxes full of secret papers home with him after losing the last election.  By doing so, he baited the FBI into raiding his home and taking the secrets back with them, which they eventually did, in time for the midterm elections.  Without needing to do or say much of anything, the Republicans can just watch as the Democrats defend the FBI raid by talking about the safety of CIA agents overseas and the importance of the Rule of Law, emphasizing their connection to and concern with the Deep State.

The government and its Free Trade policies don't care about the working class.  Trump pulled out of the free trade deals the Obama administration had been working on, with both Europe and Asia.  That was a popular move with a lot of people.  So were the tariffs against Chinese imports.  The left and advocates for labor have for decades been talking about how wrong it is for American corporations to outsource and relocate to places with lower labor and environmental standards, but both parties supported the continuing deindustrialization of the US and outsourcing of production to places like China.

Finally Trump came along and did something about it.  That's how it looks to a lot of folks.  Not that he did the right something, but he did something other than continue the status quo of unequal trade relations, is how a lot of people look at it.  What are the Democrats left with, rhetorically?  Defending the free trade deals that led to the deindustrialization of the United States.  They can once again beat themselves, just by being honest about their political position, with the Democratic Party's progressive faction, which also used to oppose these transnational trade talks of the global elite, being a thing of the past.

The government cares more about policing the world than taking care of its own citizens.  This is nonsense, of course.  The government -- led by both parties -- has been an imperial outfit for a very long time, sending its military might around the world to defend corporate interests, or prior to that, the interests of the slave-holding elite.  Talk about democracy and freedom for the countries the US invades has always been just talk, and a whole lot of people are aware of this.

Trump talked about this sort of thing, too, a lot.  He sounded downright anti-imperialist at times.  He talked about pulling the US out of NATO regularly.  And now with Biden the enthusiastic leader of NATO and the free world, on the brink of starting World War 3 with Russia while doing massive military exercises off the Korean coast for the first time since Trump called them off five years ago, the US looks a lot like global cop again.  Most any opposition to these policies in the Congress these days is on the Republican side of the aisle.  For their part, the Democrats just wrap themselves in the Ukrainian flag and thoroughly embrace global cop-dom.

It's easy to see how a progressive-minded person might see Trump's vision as more progressive than Biden's.  This is why fascism develops a certain amount of appeal to a lot of people when there is no real socialist or other left alternative making itself known.  When the real alternative is lacking, the fake alternative can outflank the liberals on the left, convincingly enough for a lot of people -- as evidenced, I would argue, by our current political reality, here in the US, and in Italy, India, and a growing number of other countries. 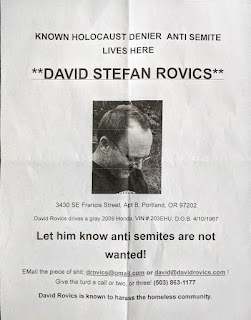