Open Letter to My Landlord #6 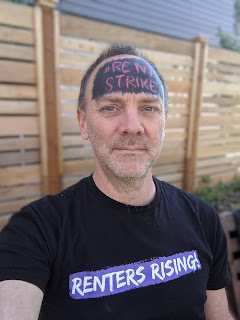 I appreciate the advice you've been sending to your tenants about rental assistance that is available from the local authorities, most of which, as you may know, actually is not available, because the need here in Portland and around the country far outstrips the supply. This is in the news regularly, especially in the business press, which you and I probably both consume daily.

Since we're giving out free advice, I have advice for you, too:

Recognize the fact that we're in an economic crisis, and dramatically lower what you charge. Since we moved in, our rent for this two-bedrom apartment went from $500 a month to $1,200 a month. Property taxes and other expenses did not rise at anything resembling that kind of rate. You did that because you could, and because you are a capitalist creation with no feelings and no conscience. In fact, you're not human -- you're a corporation, and you do not exist in any form recognizable by the five senses. You are purely a legal entity -- amoral, unaccountable, a product of a broken system. You can't be evicted, you can't get sick, you can't be unemployed. But I'll refer to you as "you" because, of course, humans are involved with running the company, whether they are ashamed to identify themselves by name or not. (As the rent rises, the communication from you becomes more and more anonymous, as you may be aware. Probably tired of all the hate mail from tenants, I assume.)

Portland is the most rent-burdened city in the country, according to the business press, and you are responsible for this situation, very directly, through your landlord practices, and through the lobbying entities you support, that have corrupted our political system.

The situation as it is is totally untenable, and was, long before the pandemic. This, in large part, is why renters in Portland are now over $125 million behind on rent. We were already the most rent-burdened renters in the USA, before the pandemic hit. We already lost more than half of our Black population, long before the pandemic hit. Because of you, and other landlords like you, and the corrupt politicians who serve you. This is called institutional racism, obviously. Although no one is keeping track, I can say from copious circumstantial evidence that Portland also lost more than half of its artists during the same period.

If you choose the latter option, I look forward to receiving a new offer for a rental agreement that is in keeping with basic standards of morality, decency, and human rights. You more than doubled our rent since we moved in to this apartment in 2007. This is reprehensible. If there's an adjective more reprehensible than reprehensible, it's that, too. I'm a songwriter, by profession -- one of the few left who can afford to live in this city -- and I still cannot come up with an adjective to describe how abhorrent the Randall Group is to me, and to any other civilized person.

Don't send us useless advice about rental assistance. Send us a new rental agreement. We're on rent strike. (Look it up -- it's a thing, in the US and around the world, it goes way back, and the landlords often lose, if people fight hard enough. In fact, whole systems can change overnight, because of such struggles.) Also I still haven't gotten any money from the Oregon Employment Department for being unemployed since March. The fact that I'm unemployed and receiving no aid from the state may be technically the reason we can legally withhold our rent from you under the federal CDC moratorium, so maybe that's relevant on some level, but on the moral plain it's completely beside the point.

The rent we have been withholding since April is in our savings account, for the most part. We are and have been prepared to pay rent -- but not just whatever you feel like charging. We are not prepared to leave this city, like most of our friends have had to do. We will fight back. We are fighting back right now. This is just the beginning of the class war which you have started by doubling the rent on people like us.

The press is full of sob stories from landlords who say their tenants are taking advantage of them by withholding rent that they could maybe afford to pay, even under the circumstances of the pandemic and the economic crash. But what about solidarity with other human beings? What about all those people who can't afford to pay? Will you evict them all?

In another, earlier message sent to us tenants in the spring, you inferred that you would have to lay off staff because so many renters aren't paying rent. So you applied for PPP loans and got turned down? There is zero transparency involved with your landlordism, so we would have no way of knowing, obviously. In any case, appealing to the concern we renters may have for our friends who work for you was a disgustingly low blow. We know who your staff are and so do you -- they're mostly people of color, and obviously so badly paid that they can't afford to live in this neighborhood.

You were inferring in that email that you charge rent largely in order to pay your workers, which we all know is complete idiocy to suggest. You are a for-profit corporation -- and a very profitable one at that, in an extremely profitable industry (corporate landlordism) which you have made sure remains profitable, by bribing politicians in Salem and Washington, DC. What happened to all your profits? Did you lose them? Did they fall out of your socks? Do you have a bank account? Oh, I forgot, you are bankers, and you give your quarterly dividends to the stockholders, who make all the money.

So maybe you really are broke landlords. In that case, a suggestion -- some more free advice: sell us the building and we'll take care of it. Or, on second thought, we've already paid enough rent to you to build this building all over again many times, so you can just cut your losses, declare bankruptcy, and we can buy it from the foreclosure corporations, where you buy your distressed properties, that you then turn around and gouge us to live in.

Or, on third thought, if you're not making enough money from corporate landlordism, why don't you get a real job? Amazon is hiring. Or you can try being a professional musician. I'll give you some tips, in your virtual guitar case.

An update on the life of one independent artist in the fall of 2020 (in lieu of a crowdfunding campaign) Three months ago, in August, I wrot... 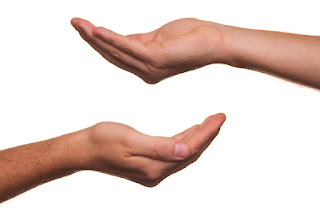